Serverless Computing
Benefits and Use Cases

Dynamic workshop this morning hosted by Topio Networks, the Dean of Topio Networks Academy Pierre Dreux  and led by  EDJX CEO Benjamin Thomas on Serverless Computing: Benefits and Use Cases. Benjamin covered the benefits of serverless, why it is a better and more effective application-building paradigm, defined the far edge vs. near edge, and how IoT is a huge driver of serverless computing. Benjamin also covered mesh compute. The best corollary to the #mesh #edge EDJX has architected is mesh wifi, which has existed for many years.  For example, when walking through an airport and connecting to a wifi network, one moves through the airport and stays on a single network by “hopping” nodes. EDJX  does the same thing, except for compute and storage in a new peer-to-peer architecture. 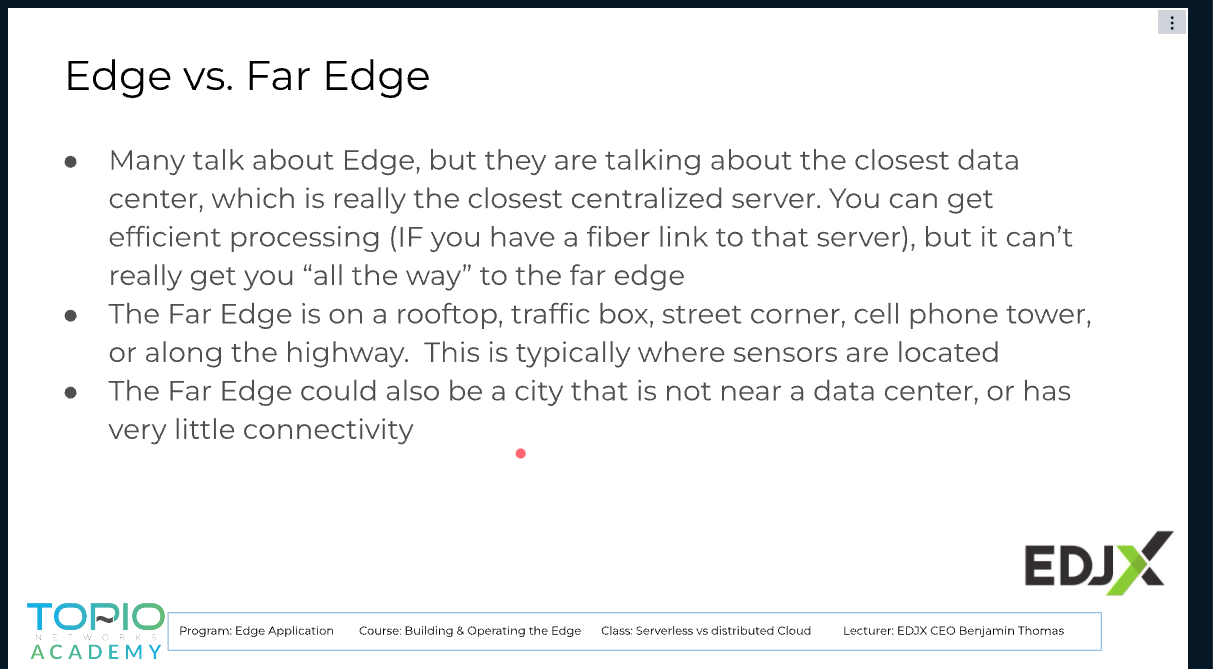 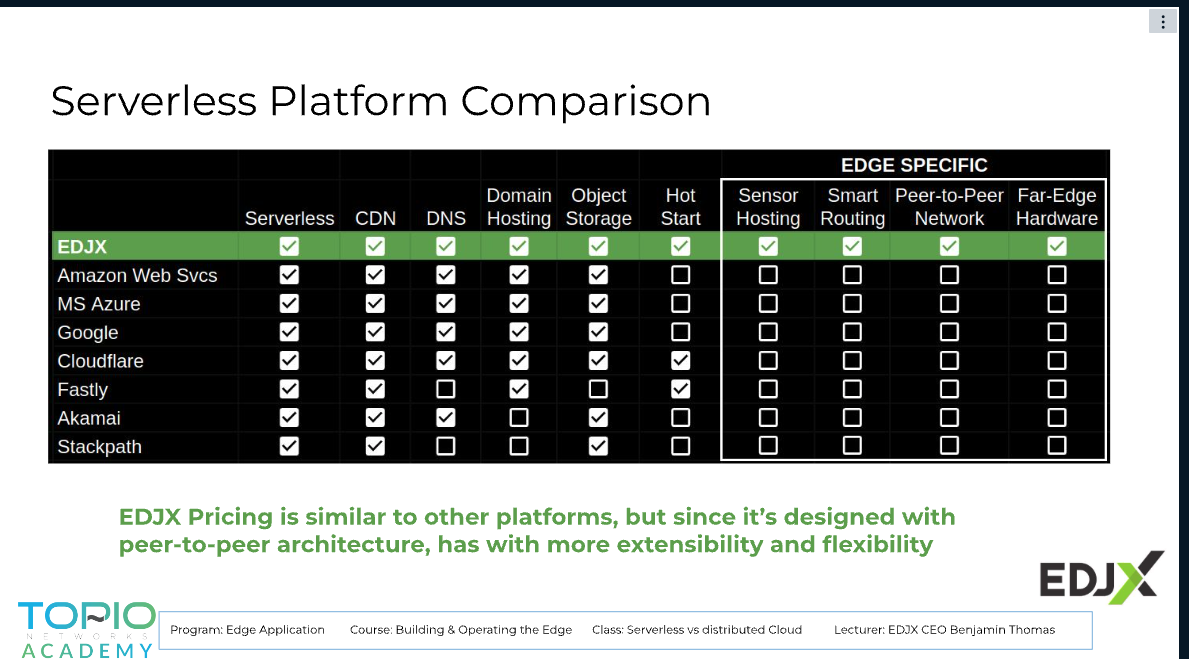 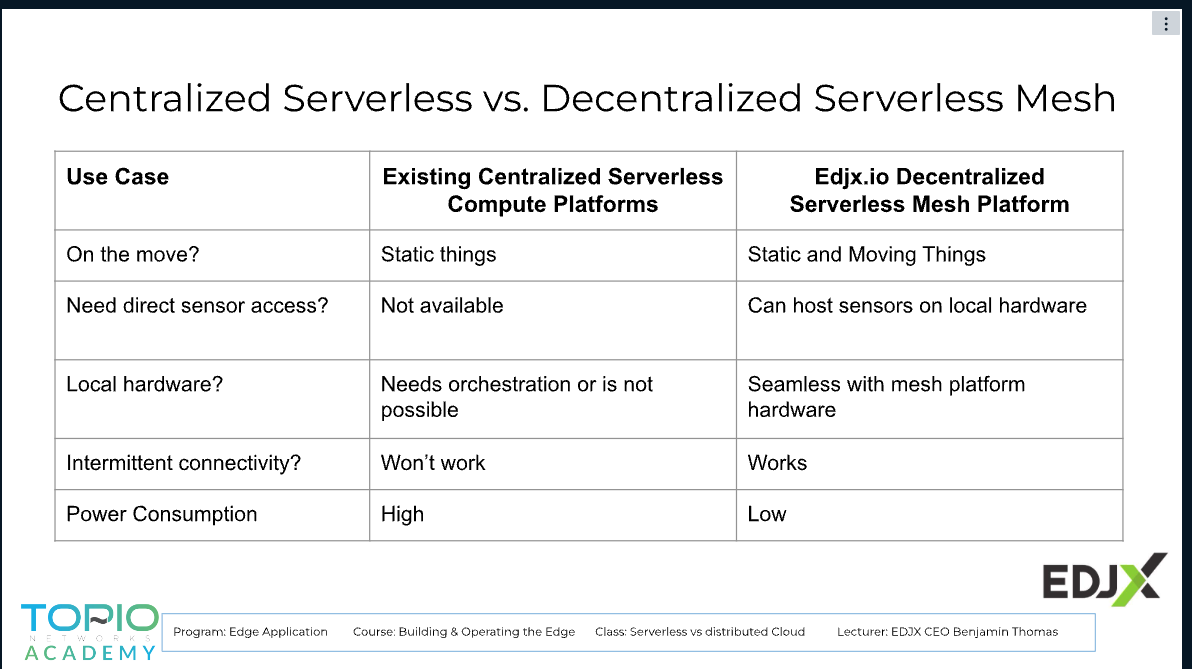